What had been but an idea that had come to us in 2011 during our trips at dawn on the Croda Rossa had already become reality the following year, with the long passage across the ridge between Anterselva and Casies.   This is how the 11-Peaks-Tour began.  This “extreme tour” was staged in 2013 as a small event, with the help of the Anterselva Mountain Rescue team and the “Sons of Anterselva” association (for everything concerning communication, preparation, travel, meals, assistance and the end-of-event party), initially aiming for at least 30 participants.  Even in that very first edition, however, the number of participants had to be limited to 120 and interest exceeded expectations by so much that registrations had to be closed around 6 weeks before it was to be held.

For the second edition (2014), the ceiling on the total number of partners was raised to 170 and the following years, for the 11-Peaks-Tour 2015 and 2016, 222 applications for registration were accepted.  It has always been our policy, and will continue to be so in the future, to create a high-quality event, ecologically compatible and as safe as possible, including by restricting the number of participants, with the aim of giving them the opportunity to be with people who think as they do and of going beyond their own physical limits (this is, after all, a hike of 30 km, with a climb of 2,800 metres and a descent of 2,250 metres, so not something you do every day).   Nature and our love of the local mountains were what drove us to turn our idea into reality. From the outset, in the planning and preparation stage, it was extremely important for us that both the participants and the collaborators, in addition to enjoying an extreme hiking experience, should show great respect to the environment, avoiding litter and ensuring its proper disposal.

Sustainability, the environment and correct waste management, before, during and after the event, are fundamentally important to us.  The event has been granted “Green Event” certification by the State environmental agency.

The Valle di Anterselva, or Antholzer Tal in German, lies in the tourist area of Plan de Corones (Kronplatz) – Val Pusteria (Pustertal). The Lago di Anterselva (Antholzer See), the Vedrette Nature Park of Ries Aurina, the imposing 3000 metre peaks at the end of the valley are a favourite destination for treks and tours in the best known mountains in Val Pusteria and beyond. While the valley still hides largely unknown and practically unexplored parts, there are easily accessible places and mountains on the left (or east) side of the valley. Around a dozen peaks of between 2,200 and 2,800 metres stand in a row like the pearls of a necklace, forming the central mountain ridge that separates the valleys of Anterselva and Casies.   Even many residents are unaware that this mountain ridge belongs to the Villgrater mountain chain and most of this area and the paths that connect the peaks remain largely unknown.  Easy peaks, steep climbs, Alpine pastures in vivid green and all surrounded by a breathtaking panoramic view that embraces the Vedrette di Ries, the Alti Tauri and the nearby Dolomites all combine to make this seemingly unimportant Alpine area, and the tour within it, a unique and unforgettable experience, beyond any significance in terms of racing and the staging of a sporting event.

Nevertheless, this is a physical challenge that requires participants to be in good physical shape and sure-footed.  On the peaks and along the route, not only is there a catering service and the aid of the Alpine rescue team and local associations, but also some surprises.  In total, almost 300 people took part in the first two editions. Quite a few of them tackled their third or even their fourth 11-Peaks-Tour in 2015 and 2016.

The 11-Peaks-Tour is an authentic, open-air event that absolutely represents the “spirit of trekking”.  In only its third year, the tour had become the highlight of the summer for local tourist organisations. Participants came from the whole of north, south and east Tyrol, Austria, Germany, Switzerland and Italy in confirmation of the great interest in the event. 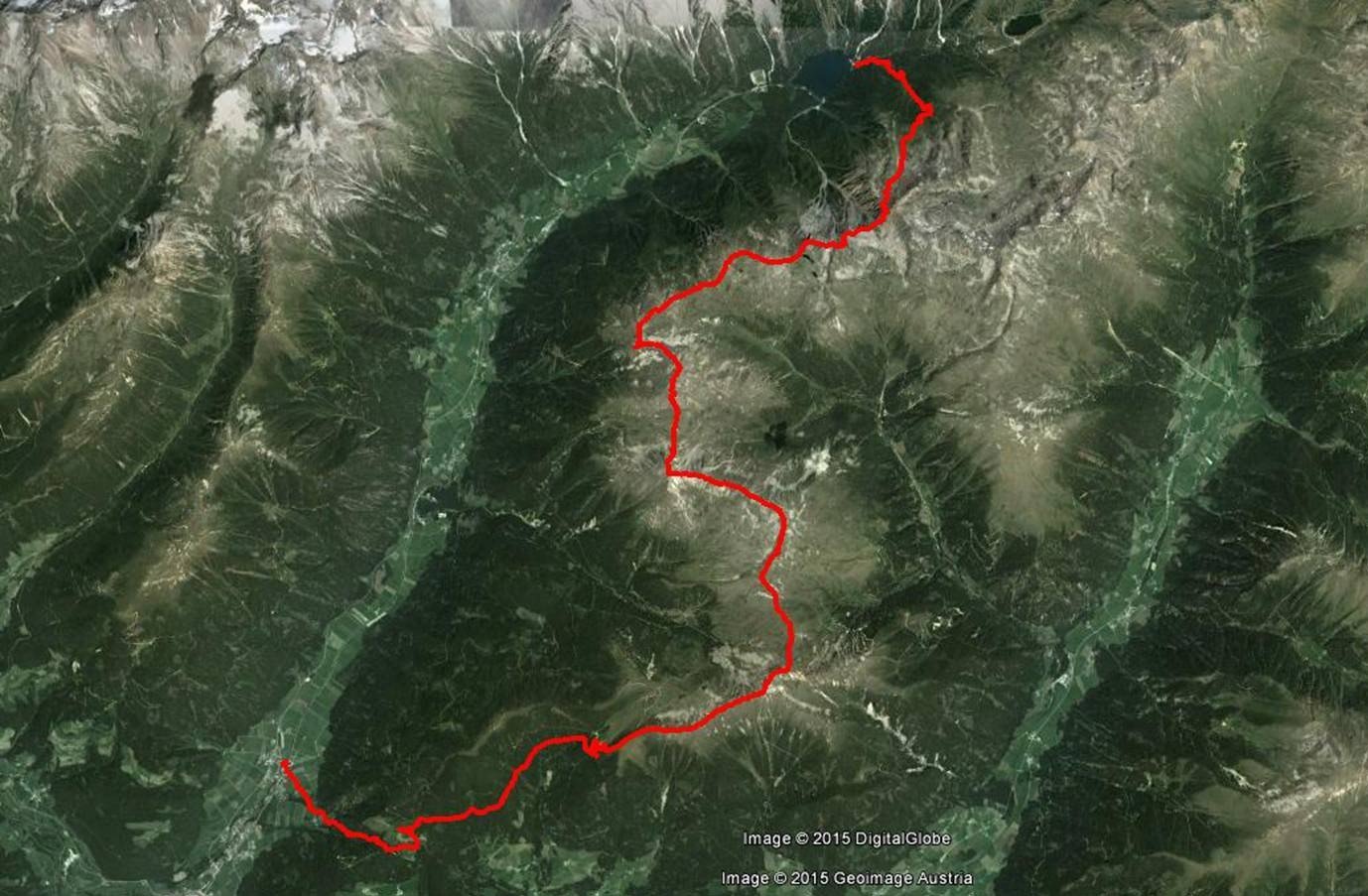 A solitary tour of the mountain ridge, largely unknown to most people, from peak to peak – mostly, not famous names yet imposing and enchanting nevertheless– between the valleys of Anterselva and Casies.

No racing, or competition!!!! This is not about speed or time, nor place in the field – on the contrary! The idea is to explore one of the areas of our region in an organised, controlled manner – quite a long, solitary and almost unknown route, even to the locals – in order to experience a captivating tour. However, it does require a basic level of physical fitness and sure-footedness (some parts of the route have no paths!).

Send us your feedback! ...more
Impressions